Tradescantia Pallida can serve as a colorful addition to your garden or indoors as a cozy little houseplant. There’s lots to love about this easy-care ornamental plant!

Tradescantia Pallida is a small trailing tropical plant that produces dark purple foliage. It originated in Mexico but has become popular in the U.S. as well. Tradescantia Pallida can be grown outdoors as a groundcover or bedding plant, and also makes a wonderful low-maintenance houseplant. Purple Heart Plant thrives in the sun but can tolerate indoor light conditions.

Read on to learn all about Tradescantia Pallida, and perhaps it will be the perfect addition to your home or yard!

The scientific botanical name for the purple heart plant is Tradescantia pallida. This species was formerly called the Setcreasea pallida or Setcreasea purpurea. Tradescantia Pallida is commonly called Purple Heart Plant. It has also been given the nickname Purple Spiderlily, which comes from its plant genus Spiderwort – also known as Tradescantia. Other common names include Purple Queen Plant and Purple Inch Plant.

In order to identify this plant, you should look for its dark purple stems and leaves. The leaves are typically 2-5 inches long, but can also grow to be 7 inches long. Typically this plant is about 12-18 inches tall and wide. It blooms pink and sometimes pale purple flowers that have yellow stamens. However, these leaves and flowers are in no way heart-shaped, despite their nickname. The flowers can be an inch to two inches wide. The stems are fragile and have a thin layer of fine, pale hairs on them.

The Purple Heart Plant was originally found in Mexico. Edward Palmer was a plant collector from America that had been visiting various parts of Mexico throughout the year to see all the different plants. In 1907 he officially brought the plant to the US. It can be found across the US in homes and in gardens, but you’ll find it thriving a bit more in the regions of the American South.

Tradescantia Pallida plants are available from the following garden centers and houseplant nurseries:

You can also easily propagate this plant if you’ve got a plant-loving friend that already has one!

How To Care For Tradescantia Pallida

Tradescantia Pallida is one of the easier foliage ornamental plants to care for. This is a plant that thrives in sunny spots and likes to have its roots in well-drained soil. Here are some more detailed specifics for caring for Tradescantia Pallida plants.

Tradescantia Pallida plants grown indoors tend to benefit from supplemental lighting. This is because indoor light is not generally bright enough for the plant to thrive. Use a simple LED plant lightbulb or group your plant with other houseplants under a plate-style LED diode grow light to energize it.

Outdoors, the reason this plant will thrive more in the south is that it has more access to full sunlight every day. It can survive with some shade during the day, but purple leaves and stems will become more green than purple. It also grows best in the 10 to 11 heat zones which are the hot southern parts of the U.S. Of course, it can still survive in areas that have cooler winters or a rainier summer, but these are not the places where it is most likely to thrive.

The soil for the Tradescantia Pallida should be able to drain well with no pooling. Most high-quality potting mixes contain perlite or pumice to help hold air in the soil and provide passageways for excess water to drain down and out of the potting mix.

Here are some high-quality potting mixes that work well for Tradescantia Pallida:

You should water it enough to keep the soil moist, but there’s no need to drown it. It can survive with too much water if the soil will drain well, but don’t let it get soggy. It can also survive during times of drought, but it must get used to lower amounts of water in a gradual manner. You should also fertilize the plant monthly while it is in the heart of its growing season.

To keep your Purple Heart Plant growing strong, make sure to pinch it as it begins to grow (prune back young stems). This will also help your plant to grow more stems to fill more space in the garden if grown outdoors. You should also start cutting some stems back after the flower has started to bloom to make them stronger and less spindly. When planting Tradescantia Pallida outdoors, leave about 1-2 feet of space between it and any others and shelter it from super strong winds to prevent the stems from breaking off.

When it comes to the wintertime, the plant won’t need as much care. You should water the plant less in the winter and there is no need to fertilize as well. It’s entering a dormant season and won’t focus a lot of energy toward growth.

Here is an overview of the seasonal behaviour of Tradescantia Pallida plants.

Spring is the best time to plant your Tradescantia plant if you just bought one. It is also the time of year they start growing back after the winter. Start fertilizing after you have planted your Tradescantia Pallida. You should also pinch your plant after it has started to sprout.

This time of year, your flowers should start to bloom. This also means you should cut back some of the stems as well. Most importantly, they will look the prettiest in your garden or home while they are at their strongest. You won’t need to fertilize any more after the flowers have bloomed.

The Tradescantia Pallida is one of the easiest plants to propagate if you’d like to grow more for your garden or home. This is easily done by cutting a stem of the plant off and planting the cut stem in moist soil or a potting mixture to let it take root and grow. Propagation is a really easy process and will begin growing quickly.

You can also place it in water to let it grow some roots before planting it in its permanent home. The best time to do this is by cutting the stems in the fall, letting them take root over the wintertime, and planting them in the spring.

Here are some other types of Inch Plants (Tradescantia) to grow, in addition to Tradescantia pallida: 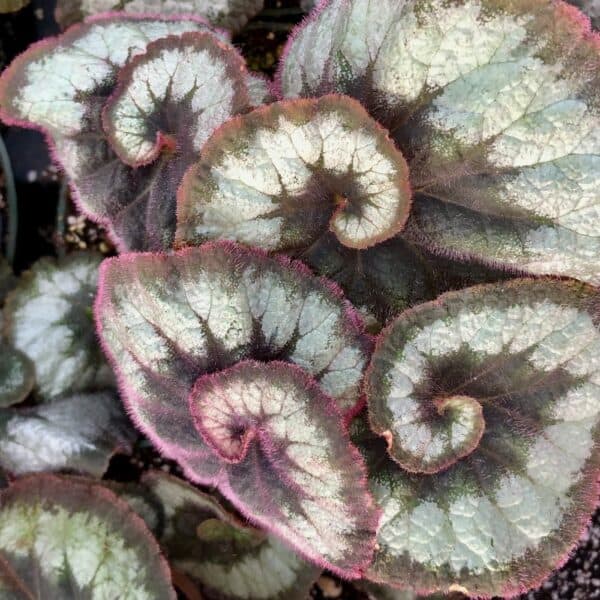 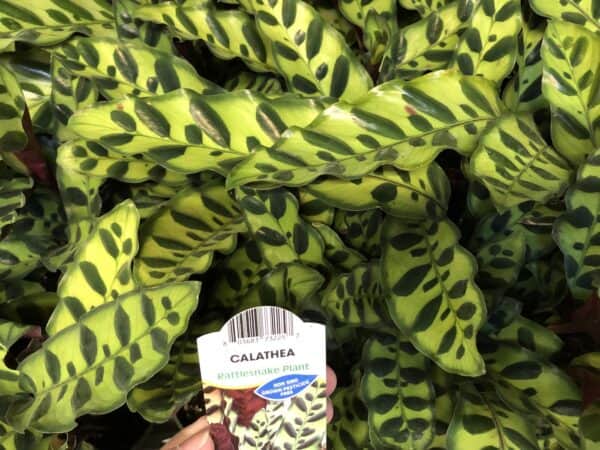 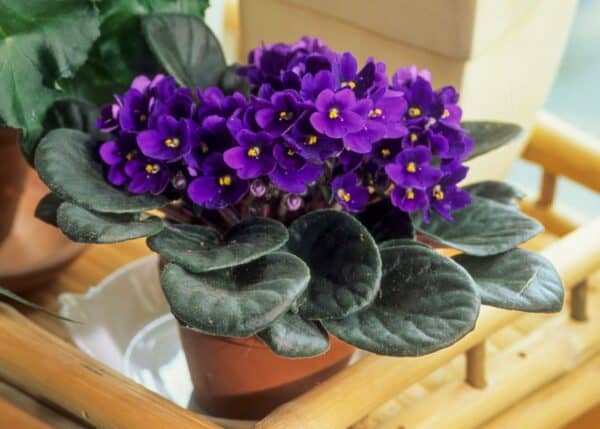 How to repot African Violets 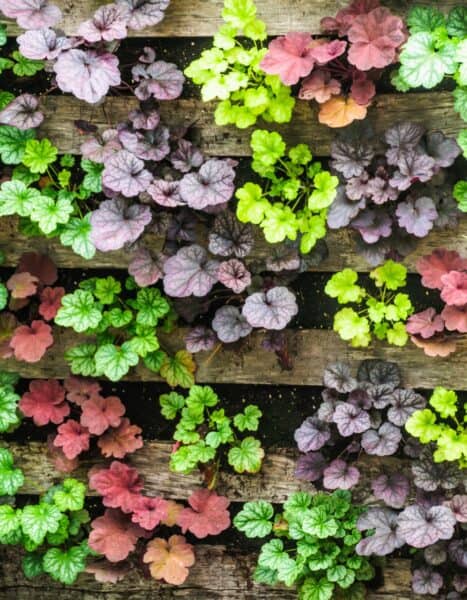 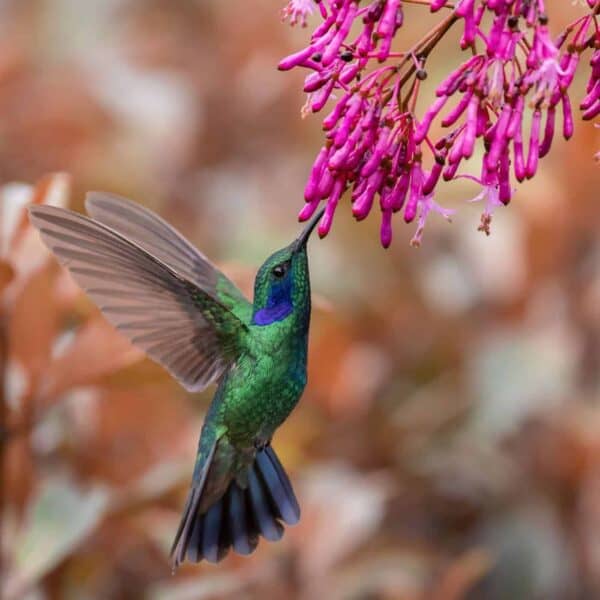