White pumpkins are Cucurbita winter squash varieties with naturally white-color rinds. Some white pumpkin cultivars are mini-sized, while others can make giant Jack-O-Lanterns! Here are 30+ of the most popular white pumpkin varieties.

Lumina Pumpkins are medium-sized white pumpkins. These beauties weigh 10-12 pounds each, and make fantastic Jack-O-Lanterns. These round pumpkins have slight ribs and smooth rinds. This white pumpkin takes 3-4 months to grow on vining, open-pollinated plants.

Casperita Pumpkins are bright white mini pumpkins. Each fruit is under a pound, with over a dozen pumpkins growing on a single plant. This white pumpkin is great for decorating and for cooking. Casperita pumpkins take 2-3 months to mature.

Super Moon Pumpkins are large, round, hybrid pumpkins with a ghostly-white rind. These pumpkins weigh between 25-35 pounds and can reach up to 50 pounds in good condition. Super Moon Pumpkin plants are vigorous, disease-resistant, and set their fruit early. This white pumpkin matures quickly for such a large variety. The interior flesh of this variety is yellow and can be roasted to make pumpkin puree for fall soups and baking. The Super Moon Pumpkin was named an All-America Selections winner in 2016.

Snowball Pumpkins are adorable round white mini pumpkins. This variety is a high-yielding hybrid, with disease-resistant plants producing 6-12 pumpkins which each weigh 1-3 pounds. These little fruits are wonderful for small children, as they have a classic pumpkin shape, but are lighter to lift than many varieties. Snowball Pumpkins are also great for painting and other autumn decorating and crafts for kids.

New Moon Pumpkins are very large hybrid white pumpkins. Most New Moon pumpkins grow to 40-50 pounds, but some have reached 75 pounds. These pumpkins make wonderful giant Jack-O-Lanterns. The plants are quite vigorous. Pumpkins will grow largest if fruits are thinned to 1-3 pumpkins per plant. The New Moon Pumpkin is one of the largest white pumpkin varieties in the marketplace.

Baby Boo Pumpkins are tiny white mini pumpkins. These ribbed little fruits are a creamy white version of the popular orange Jack-Be-Little mini pumpkin. Each white Baby Boo Pumpkin is only 2″-3″ wide, and they generally weigh less than a quarter pound. While these little squash are mainly used for decor, they are also edible and can be roasted whole for an adorable autumn dish.

Similar to orange pumpkin seeds, white pumpkin seeds also make for a delicious snack! Since this pumpkin produces about 400 seeds per pound, it is an excellent choice for roasted pumpkin seeds.

Flat White Boer Pumpkins are medium-large white pumpkins with a flattened shape. Pumpkins typically weigh about 15 pounds but can reach 25-30 pounds in good growing conditions. The inside of these pumpkins is bright orange, with sweet flesh that is excellent for cooking. This variety is available in traditional heirloom seeds or in disease-resistant modern hybrid seeds:

Moonshine Pumpkins are medium-sized round white pumpkins with dark green stems. These pumpkins average about 10 pounds each, and have a smooth rind perfect for painting, decorating, or carving a bright white Jack-O-Lantern.

Valenciano Pumpkins are medium-sized, heirloom, flattened true-white pumpkins. These open-pollinated fruits weigh 10-15 pounds each, with subtle ribs down the sides. The rind is smooth and easy to carve or decorate. Inside the pumpkin, the flesh is pale orange and dense – perfect for baking applications.

Casper Pumpkins are medium-sized rounded white pumpkins with a bright orange interior. Each pumpkin weighs 10-12 pounds. The flesh is great for baking and making pumpkin puree. They also make fantastic decor and carved pumpkins (and really do resemble a friendly ghost!).

Gooligan Pumpkins are deeply-ribbed hybrid mini-white pumpkins. They grow to only 2″-3″ wide, weighing a quarter pound each (often just a tiny bit bigger than Baby Boo mini white pumpkins). Gooligan pumpkins are edible and can be roasted whole for adorable veggie side dishes.

Specter Pumpkins are medium-sized creamy-white pumpkins with a warty, bumpy rind. Hybrid plants are disease-resistant and heavy producers. Each pumpkin weighs an average of 12-20 pounds.

White Cushaw Pumpkins have oddly shaped heirloom white pumpkins with curved necks at the top. Also known as the Jonathon Pumpkin or the White Salem Pumpkin, these heritage squash are an American classic. Each White Cushaw Pumpkin weighs about 12-15 pounds but can reach 20 pounds in good condition.

Blanco Pumpkins are small-medium round white pumpkins. These hybrids keep their bright white color quite well, even when exposed to excess sunlight and cold temperatures. Each Blanco Pumpkin weighs 4-6 pounds, making them a perfect size for easy carving or decorating with kids.

If you need some carving ideas, for your next Blanco jack-o-lantern, here is a post full of some spooky designs!

Silver Moon Pumpkins are small-medium hybrid pumpkins with a blue-white rind. They really do look a bit silver-colored on the outside, while the inside flesh is a rich, dark orange. They have a flattened shape with wide ribs. Each ripe Silver Moon Pumpkin weighs about 5-6 pounds.

Silver Edged Pumpkins are small-medium, round, white heirloom pumpkins with dark green stripes down the side. Each Silver Edged pumpkin weighs 5-8 pounds. This pumpkin is named after the coloration of its seeds, which develop a “silver edge”. While the flesh of this pumpkin is not used for cooking, the seeds are often saved for roasting.

Tandy Pumpkins are small-medium-sized, creamy-colored hybrid pumpkins. They have slight ribbing and stand quite tall. Ripe fruits weigh 4-8 pounds each. They make wonderful decor pumpkins and are also great for cooking with.

Moon Beam Pumpkins are small-medium hybrid white pumpkins. These pumpkins have a round shape and weigh 7-8 pounds each when ripe. The rind is a shiny cream-white color and the strong stems are dark green.

White Delight Pumpkins are medium-sized hybrid pumpkins with a striped rind. Most of the peel is a light grey-blue color, but there are white stripes down the inner ribs of the pumpkin. Ripe “White Delight” pumpkins weigh 12-15 pounds. This variety is excellent for eating and for decor purposes.

Buffy Pumpkins are small white hybrid pumpkins with a slight pear shape. They are good for both decor purposes and for edible applications in pumpkin recipes. Try substituting it to make a white pumpkin pie! Ripe fruits weigh about 2 pounds each.

Amish Pie Squash is an extra-large white winter squash developed to make delicious baked goods. These giant white pumpkins can reach 60-80 pounds when ripe! The rind is a creamy white, sometimes with a bit of orange showing through. Amish Pie Squash has dense, sweet flesh that stays somewhat moist in a purée. 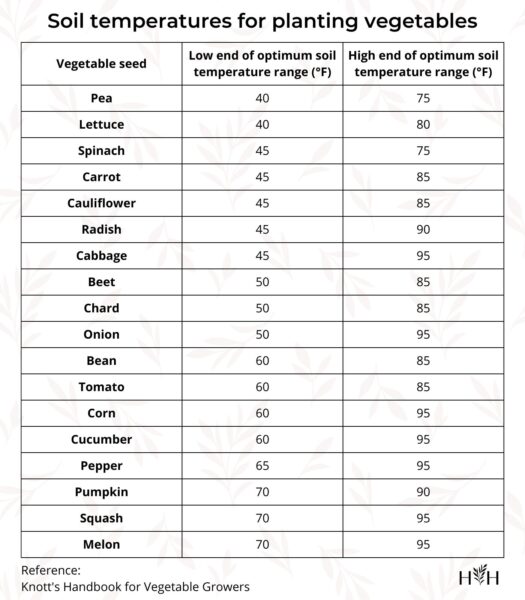 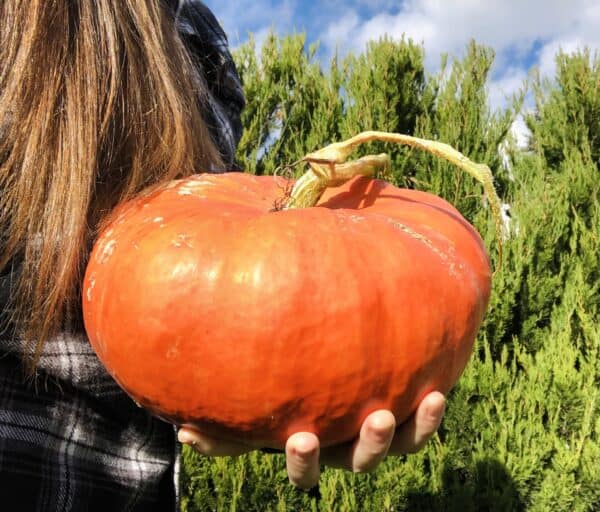 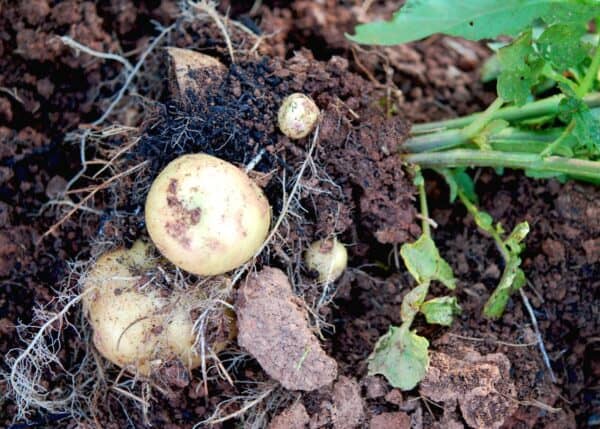