Live moss can be harder to find for sale in stores than preserved, treated moss. But it’s worth the little bit of extra effort! Here’s where to buy live moss, plus considerations to think about while shopping for it.

Here are three of the most common places to find live moss for sale:

Let’s look at each of these places to buy live moss, plus considerations for sustainable moss sourcing. Read on to learn all about where to buy moss!

“Moss is sold in small quantities at garden and craft stores, and a dozen companies sell variable quantities of moss on the Internet.”

High-quality, clean, sustainability-sourced live moss is generally cultivated at a moss nursery, rescued from an area of upcoming construction, or sold directly by ecologically-minded moss gatherers (learn more about finding your own moss here). Wherever you buy your live moss, look for clean moss that’s been harvested sustainably.

“Moss is most successfully cultivated in the woods by preserving the logs, harvesting in patches, and occasionally cleaning the moss.”

Two of the best places to buy live moss happen to be online, directly from the supplier:

These companies are currently the best source of sustainable live moss for purchase. Moss Acres also has a sister company that sells pre-made moss walls for indoor use.

These are excellent sources from which to buy live moss for terrariums, crafts, and outdoor planting. The moss supplier Mountain Moss even runs a “Moss Rescue” program to retrieve moss from threatened habitats.

“We grow about 40 percent of our moss currently and we sustainably harvest the rest from different areas; some farms, some logging, and some private woodlands. We leave 50 percent of the area to grow back quickly.”

“Our sustainable moss-scapes offer beauty balanced with function. Through our rescue efforts, cultivation research at our Mossery, online Moss Shop sales, creative garden designs and educational outreach, we advocate the joys of moss gardening. Ethical principles and quality standards are maintained throughout all aspects of our operations, services and products.”

About Us, Mountain Moss

Most flower shops order bags of wholesale sheet moss for use in flower arrangements. While they rarely have it packaged solo for sale, it’s usually possible to purchase moss from flower shops. They’ll likely sell you a handful for a couple bucks, and might even be able to order a whole ~20-pound bulk bag for you (for about 20 bucks plus markup).

As with online moss, some comes from nurseries and others is collected from the wild. Flower shops keep their moss in a refrigerated area and water it regularly to keep it alive.

You can generally buy live moss at specialty garden shops and craft stores. Wholesale moss is generally sold at a bulk price at $1/pound. Small retail packages of live moss for sale sell for about $10/pound.

Stores that specialize in terrariums, kokedama, or bonsai are a great place to look if there’s a local retailer in this space. There are also companies which supply live moss for pet terrarium habitats, such as for pet frogs. You can always look for your own moss too!

“Concerns about the sustainability of wild moss lead to one question: can it be raised instead? Though bryology, the study of mosses, lichens, and liverworts, has been around for centuries, virtually nothing is known about cultivation. “It really is time that we start learning how to farm them just like we do corn and tobacco and everything else,” said Dr. Nalini Nadkarni, a forest ecologist at Evergreen State College in Olympia, Wash.”

Live Moss NOT To Buy

So, moss poaching is a thing.

I know. It didn’t occur to me either …until I started researching the environmental footprint of the ornamental moss industry. Whether or not the product was harvested sustainably is an important factor in choosing where to buy live moss. Here is a bit of context on the current state of wild moss harvesting in the USA:

“Because it is difficult to grow commercially, there’s a lot of demand for moss harvested from nature. The damp climate of the Olympic Forest provides soggy conditions perfect for green moss, and thus for poachers.”

“The United States Forest Service estimated that only a third of specialized forest products removed from its land is taken legally, according to a Linn County Sheriff’s Office presentation.”

Some commercial “mossers” diligently use sustainable collection methods to harvest moss from nature, but others are not so careful:

“Unfortunately, the reputation of the mosser community is sometimes tarnished by poaching or theft. Moss poaching has occurred in national parks in North Carolina and Tennessee, national rivers and Forests in Georgia, Kentucky, and West Virginia, preserves in Virginia, wilderness areas in North Carolina, and many public and private lands in Pennsylvania.”

The Murky World of Moss Poaching

Mossers can apparently camp out in the woods and collect into 10- or 50-pound feed sacks, or just fill the back of a pickup truck. There are even “moss-poaching rings”….

“Fountain said he stopped a suspect a few weeks ago with 600 pounds of moss in the back of his pickup. And eventually, that illegally harvested product was scheduled to make its way to a national retailer that would sell it at $9 for less than a pound, he said. “Think of the market value of that,” he added. And that’s typical.”

“Washington law-enforcement officials have documented elaborate, secretive moss-poaching rings in the western part of the state. Poaching ringleaders often drop off workers in the woods just before dawn and pick them up after sundown. The harvesters spend the day in the damp cold using their hands to peel the green and sometimes light brown moss.

Wearing long rubber boots to help stay dry, they stuff it into plastic sacks and hide it in the brush until their ride arrives to take them out of the forest. The moss is taken to a garage, a sort of moss chop shop, where it is dried and baled. Then it is sold to someone who has a legal permit to harvest it on approved land.”

Commercial moss poaching in sensitive ecological areas is harmful to our environment. The current market for live moss is causing environmental degradation. Live moss is part of the eco-system and must be harvested sustainably to minimize negative environmental impact.

Here are a few final thoughts to consider when looking for moss for sale and when deciding where to buy live moss:

“The question is how soon new moss can take its place. A tree shrouded in moss may have needed decades or longer to get that way, and after harvesting, regeneration is even slower. Dr. Kimmerer’s study of an experimentally harvested area found in some cases a recovery rate of only 1 percent per year. “You’re looking at 100 years to get back to the initial volume,” she said. “Yes, it’s a renewable resource, but not on any meaningful time scale.””

“In Washington and Oregon, the small storehouse operations and larger forest-product distributors that buy moss from harvesters are required to check the seller’s permit for each haul. Yet whether or not the moss came from the area designated by the permit is practically impossible for buyers to know.”

“An antique tapestry ripped to shreds and stuffed in a bag. And in the bag are also untold billions of beings who made that moss their home, like birds nesting in a forest. Scarlet Orabatid mites, bouncing springtails, whirling rotifers, reclusive waterbeds, and their children: shall I say all their names in a requiem mass?”

Gathering Moss: A Natural and Cultural History of Mosses, by Robin Wall Kimmerer

“All this destruction – for what? If we followed the pickup truck down to the city, we could watch the heave their prizes up on the scale at the loading dock and walk away with pockets a little heavier, but not much. At the warehouse, the sacks are dumped out and their contents cleaned and dried. This premium product, “Oregon Green Forest Moss,” is marketed all over the world.”

Gathering Moss: A Natural and Cultural History of Mosses, by Robin Wall Kimmerer

Concrete bird baths are an attractive garden feature that make your yard welcoming to local birds. Traditional solid concrete birdbaths are a centrepiece of garden design while also adding to the...

Fresh strawberries are the culinary highlight of June. Here are some of the best tasting strawberry varieties to grow in your garden (or search out at local fruit stands or the farmers market).... 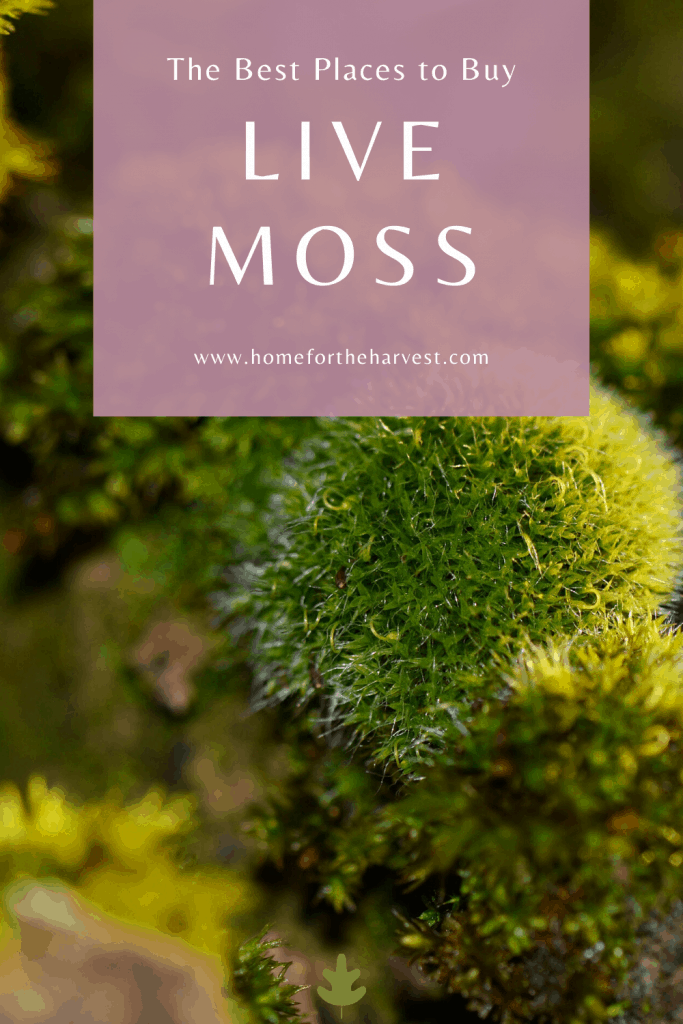