The USA has produced many delicious apples over the last few centuries, and the Cortland Apple is no exception.

Cortland Apple is an American heirloom apple cultivar known for its pretty red and yellow peel, sweet yet balanced flavor, and crisp white flesh that is naturally resistant to browning. Cortland Apples are wonderful to eat fresh right off the tree and are also popular applesauce and pie apples. This variety was bred from the popular McIntosh apple and has been consistently ranked in the top 20 apple varieties in North America. The Cortland Apple was developed in 1898 in New York State.

What is it that makes this variety so popular? Let’s find out.

The Cortland Apple is a cross between the McIntosh Apple and the Ben Davis Apple. Cortland is an excellent all-around apple variety and can be enjoyed fresh or baked into apple pies and other desserts. This variety was developed by horticulturist Spencer Ambrose Beach in 1898 at the New York State Agricultural Experiment Station in Geneva, New York. The apple was named after nearby Cortland County, NY (about a hundred miles away).

Inside, the flesh is bright white and is naturally slow to turn brown when cut. The texture is particularly fine-grained and very juicy. This is a soft variety of apple without much fresh-eating crunch. One of the best uses for such a fine-grained fruit is to make applesauce. Applesauce made from Cortland apples is incredibly silky smooth, especially if the peel is removed rather than blended into the sauce. Cortland is one of the best apple varieties for applesauce.

Cortland Apples have a balanced sweet-tart taste, making them popular for baking similar to other sweet varieties. While Cortland Apples do have a distinctive Mac-like taste, the flavor is generally sweeter than their McIntosh parent apples. This variety can also be almost effervescent when freshly picked. While not one of the most popular types of apples, Cortland is favored in baking and for applesauce.

Cortland trees grow to be about 12-15′ tall and 10-15′ wide. Where most apple trees produce fruit on branch spurs, Cortland Apple trees produce fruit on the end of slender, 6-inch long branches. These trees are very similar to McIntosh Apple trees, with a similar vase shape and scaly, gray tree bark. The Cortland Apple begins to bud during mid-season, starting in April, before blooming into delicate white flowers.

Cortland Apples’ harvest season is usually in September through early October. After being harvested, the apple will quickly lose its crispness if not properly stored in a cool spot. Cortland is a variety with fine-textured flesh that is best used as soon as possible after harvest as the flesh can become soft quite quickly.

“The soft flesh makes it disappointing for fresh eating, unless you catch it early enough in September that there is still a hint of snap and tartness; after that, it is an excellent sauce apple and a decent choice for salads, where truly crisp apples can be too distracting.”

How to grow Cortland apples?

If your soil has significant amounts of clay, sand, or rocks, you may need to artificially improve growing conditions by adding plenty of manure, compost, shredded leaves, and other organic material. You’ll need to integrate this material to at least 12 to 18 inches deep.

Water the apple saplings at least once a week during warm, dry weather (and more frequently during heat waves). Be sure the water reaches the roots by using a drip system or a soaker hose. Never overwater, and check to make sure that water is draining out of the soil well (look for ponded puddles to indicate poor drainage). After the first year, normal rainfall should provide adequate moisture; that being said, during drier-than-average seasons you will need to water occasionally.

Don’t fertilize when planting. Once the tree begins to bear fruit (usually after two to four years of growing) you can supplement its growth with a balanced fertilizer. Never fertilize after July; feeding trees too late in the season causes new growth that can be killed in the frost. Read more about when to fertilize fruit trees.

Pruning Cortland Apple trees is important because these trees bear fruit on the end of slender branches rather than dispersed through sturdy branches. Pruning keeps the branches strong and prevents the chance of fruit growing on weak branches. Pruning the central canopy will also increase sunlight to the interior of the tree, meaning the fruit will ripen better.

Thin any excess fruit to ensure a healthier crop and better-tasting fruit. Thinning also prevents branch breakage caused by the weight of a heavy crop. Once the Cortland apple trees begin to bear fruit, prune them annually.

Protect your saplings from pests. Deer and small animals love fruit trees, from the bark to the leaves, and are fully capable of destroying a young tree overnight. Wrap the tree’s trunk tightly to protect it from voles and mice, and encircle it with a chickenwire fence to prevent rabbits and deer from reaching the tree. Covering the ground around the tree with mulch instead of grass can also protect the tree from mice and voles, as it removes their natural habitat.

Insects also threaten apple trees; and unfortunately, Cortland apples aren’t pest-resistant– although apple scab is not a common disease for this variety. If you think your tree has already been infected, take steps as soon as possible to preserve the health of your tree and harvest.

In early spring, just before the leaves begin to bud, spray the tree with horticultural oil to smooth any dormant insect eggs. This prevents hatching and starves any adults that eat the eggs. Any excess oil will evaporate, so you won’t need to worry about residue.

In mid-summer, it may be helpful to hang sticky traps in and around the tree to catch apple maggots and flying pests.

How to store Cortland apples?

To store apples short-term, don’t cut them up. Even though Cortland Apples are resistant to browning, they will brown in storage. Keep the apples separate from other fruits and veggies– apples give off an ethylene gas which makes other fruits and vegetables ripen quickly. Keep your apples in the crisper drawer in your refrigerator or a cool, dark place at 30-35 degrees Fahrenheit.

For longer-term frozen storage, peel, core, and slice the apples. Soak them in water and lemon juice mix (4 cups water to 2 tablespoons of lemon juice) for five minutes. Drain thoroughly, place on a cookie sheet, and freeze for 4 hours or overnight. Store the apples in a freezer-safe container for up to one year.

Because Cortland Apples are slow to brown and crisp, they can be used with flexibility that other varieties can’t. In addition to apple butter and jam, Cortland Apples provide the perfect texture for baked apple goods like apple pies.

Their resistance to browning also makes them preferable for salad toppings or fruit kabobs. Their sweet-tart flavor makes them a good choice for cider and apple juice. 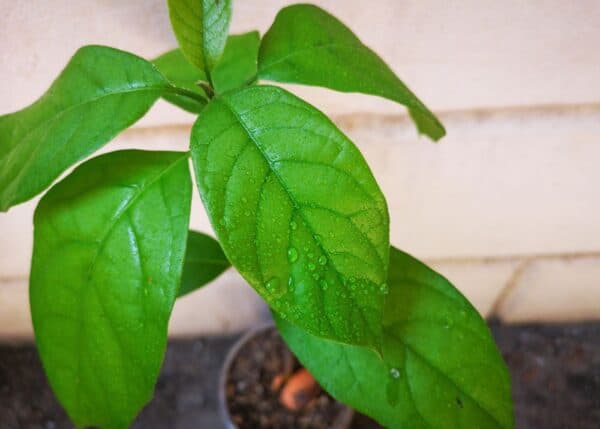 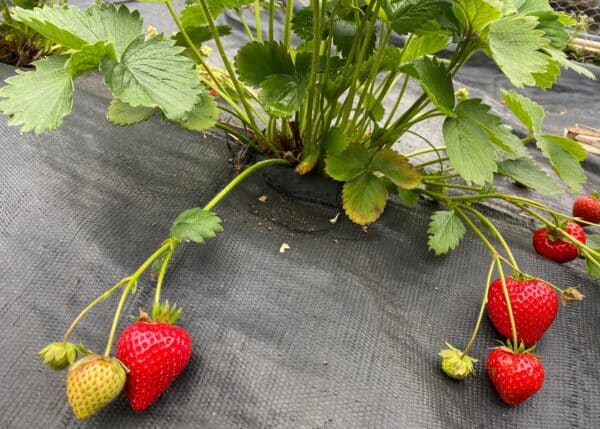