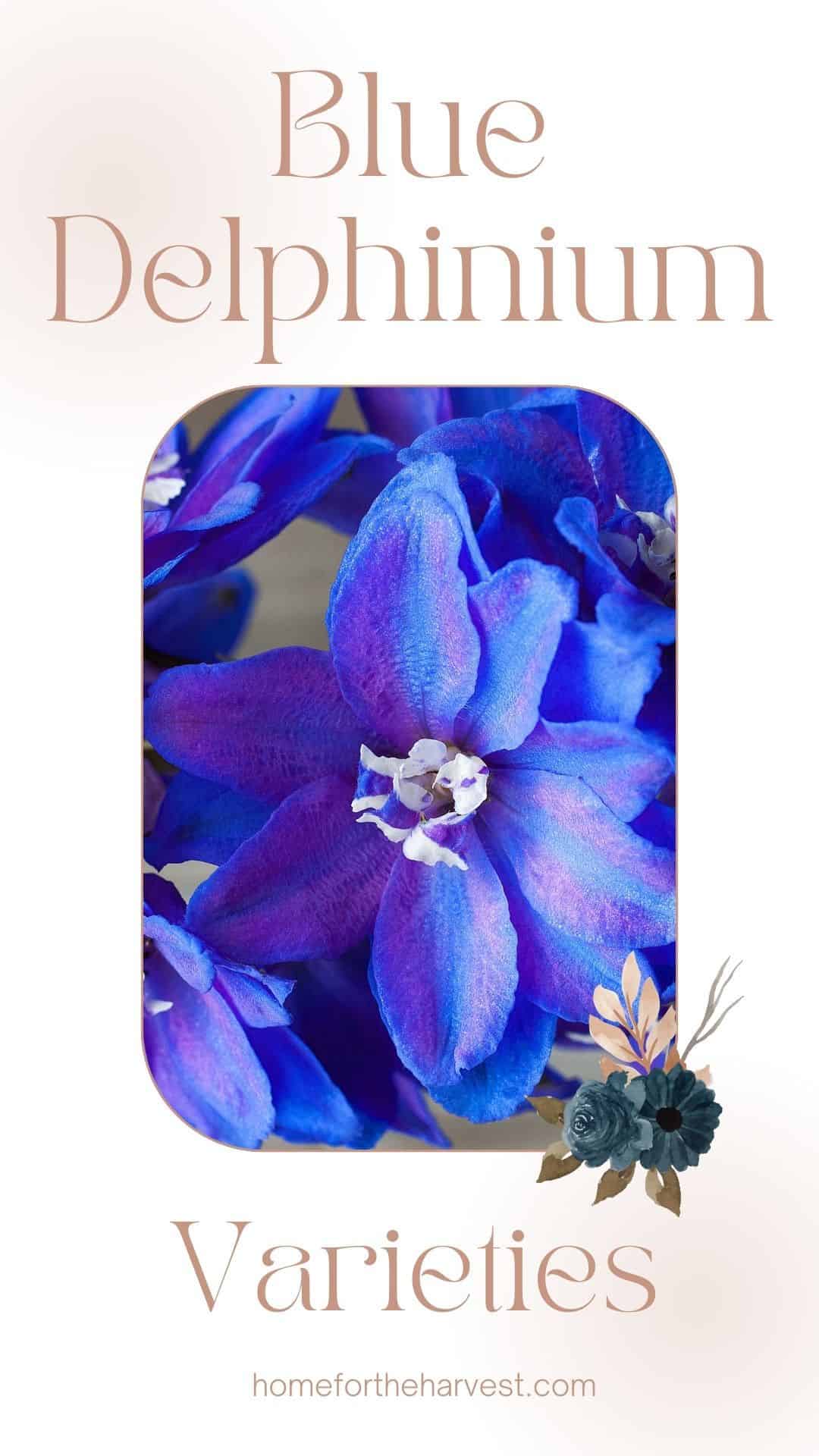 Growing blue delphinium flowers is on nearly every gardener’s bucket list. The towering spires of flowers in a rich royal blue, cheerful bright blue, or soft sky blue are a rare (and much anticipated) seasonal treat in cottage and border gardens.

Here are 25+ varieties of blue delphinium to choose from, as well as tips for growing them in your garden.

Blue delphiniums are the queens of the early-summer perennial border garden. These towering beauties can be grown at home from blue delphinium seeds of most varieties, and can also generally be purchased locally as seedling or clone plants.

Blue delphiniums are perennial plants that grow back every year from the roots. These plants tend to live for about 5 years until the center of the root crown starts to deteriorate and the plant is best divided up and replanted. Delphiniums usually produce one main show of flower spikes in early summer followed by intermittent blooms in late summer.

Delphiniums bloom at their best in full sun planting locations with mild temperatures and good air circulation. Look for rich loamy soil that drains excess water out easily. Delphiniums thrive in soil with a neutral to slightly alkaline pH (which can be achieved by adding garden lime in marginal soil). These hungry plants are usually fed in early spring with a slow-release fertilizer, plus supplemental feedings during the summer.

The meaning of the blue delphinium is grace. Blue delphinium is a dignified, nearly-royal flower that’s perfect to celebrate a joyous occasion. Happily, delphiniums are the birthday flower of July, where they represent an open and loving heart. That said, these flowers are toxic and should be treated with care and kept away from pets and kids. This characteristic also makes them deer resistant.

“Glamourous and aristocratic delphinium spires come in colors not often seen elsewhere in the garden – most notably blues, including ultramarine, celestial, and iridescent examples.”

These cultivars from the stellar New Millennium series of hybrid delphinium come in blue shades:

New Millennium delphiniums are bred by Dowdeswell’s Delphiniums in Whanganui, New Zealand. I have found some at Home Depot in the spring, and also order plants from Phoenix Perennials in Canada. In the USA they can be ordered from Spring Hill Nurseries, Nature Hills, or Walters Gardens. Or ask your local garden center to order them in for you!

“There are very few true blue flowers in nature, so Delphinium ‘Cobalt Dreams’ stands out. Let the qualities that make the flower special in the garden – its height, color, and variety on the stem – be your guiding principles once you bring it inside, with arrangements that play to those strengths.”

The Million Dollar Series is one of the most popular lines of delphiniums. These new hybrids grow well in cooler climates and may need partial shade in the afternoons in areas with hot summer temperatures. The plants are resistant to common diseases such as southern blight, gray mold, and fungal spots. The flowers are hybrid bee delphinium types with a semi-double petal appearance.

The Pacific Giant series has been a mainstay of cottage-style gardens and flower borders for decades. Like most delphiniums, these heavy feeders do well with a spring application of organic granular fertilizer and regular additions of compost.

These specific cultivars in the ever-popular Pacific Giant series of hybrid delphinium come in blue shades:

The Pacific Giant Delphiniums were developed in California by Frank Reinelt (read more from Thompson & Morgan on delphinium breeding).

Here is a guide to growing the dwarf Delphinium Magic Fountains Series from the RHS.

Belladonna delphiniums are shorter than English hybrids and tend to have more space between the flowers on the stalks. They are a popular choice for informal garden style.

Here are some Belladonna delphiniums with blue flowers:

These named cultivars of Delphinium elatum bloom in shades of blue:

“Of course, there are now extraordinary pinks and creams and lavenders, but I still melt when I observe a 3-footstalk of electric-blue flowers.”

Planting Blue Delphinium in the Garden

The proper planting time for delphiniums is generally in early spring or early fall. They are best planted in the early morning and out of direct sunlight.

Here are the basics for planting blue delphinium plants in your garden:

The video shown below is one I made showing how I plant delphiniums. I’m planting some of my favorite blue types in this video!

“This towering treasure makes a statement at the back of a mixed border, as a vertical accent or in a container. With dozens of blooms on each stem, it gives hummingbirds plenty of nectar sources to share with butterflies and other bugs, too.”

Gardening for Birds, Butterflies, and Bees: Everything you Need to Know to Create a Wildlife Habitat in your Backyard, by the Editors of Birds & Blooms Magazine 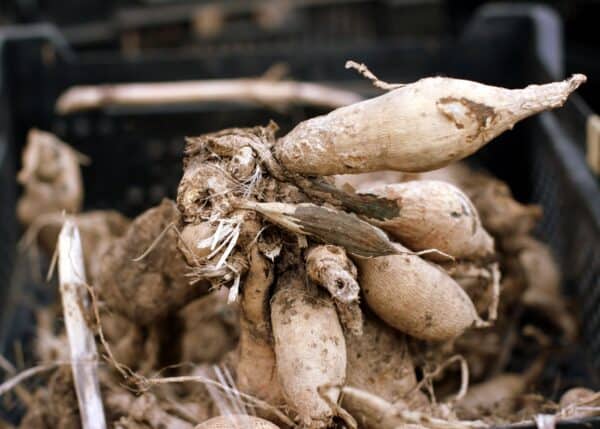 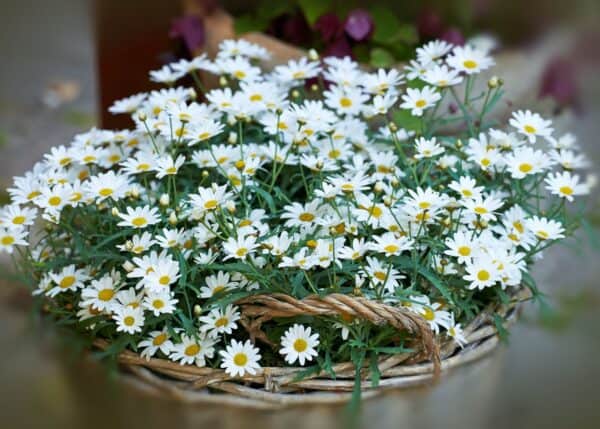 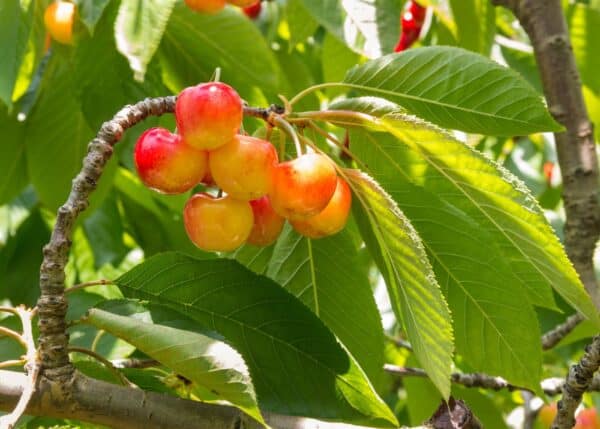 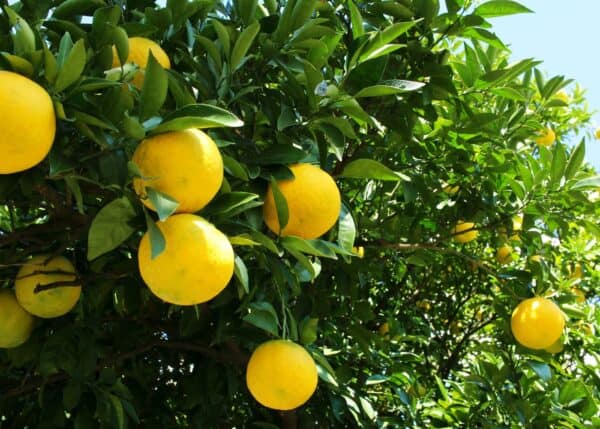